This story is based on the life of Mrs. Devki & Ritwik.  Names have been changed to maintain anonymity. Mrs. Devki is the narrator.

B****, can’t you see properly!! Stay at home if you can’t drive.” These were the words I heard from him while we drove past a girl on our way to work. I had a chance to look at her fear stricken face for a few seconds. While my husband, Ritwik, raced against the drivers on the road and attended his important work calls, I couldn’t stop thinking about that girl. What if she was driving for the first time? What if her family is in trouble? What if she already was at the verge of breaking down? What if? In that moment I realized, how work anxiety was vitiating this strong man.

I observed him more closely that day and saw his restless and irritated face throughout the journey. He was fidgeting while he was stuck in traffic and abused other drivers at the drop of a pin. His frustration was apparent and so was his anxiety. It felt like I had never taken a close look at my boy. I knew something has to be done but how?

I read a lot of articles on the symptoms of work anxiety and stress on the internet and observed for those signs in my husband. To my surprise, he has been showing a lot of those signs for a long time but I have never been observant enough nor did I consider it a problem. I tried to convince him for therapy but all in vain.

After coming back from work one day, I sat down and contemplated how our lives were when we started dating back in college. How I was attracted to his calm and composed stature? I looked around and saw our disorganized life. I remembered how meticulously he arranged his hostel room back then.

The day work anxiety engulfed him

It was Friday morning, I woke up a little late at 8:30 am and woke Ritwik up as he had an important meeting. He was running late and had been attending phone calls since he woke up. It seemed to be a really important deal for the organization and his future perspectives depended upon it too.

He had a quick breakfast (he didn’t even notice what he ate) and ushered out of the house. As soon as he reached the parking lot he realized that he had left his car keys in the apartment. He called me agitatedly and asked for the car keys. I rushed down the stairs and gave him the keys and by now he was even more anxious.

To give Ritwik some respite from the work, I planned for a date night. It had been a long time we actually went out on a date and enjoyed the evening together. I called him for confirmation and to my surprise, he said yes without a pause.

Excited about the evening, I got home early and dressed up in the new red dress I ordered online a few days back.

It was 6 PM and I was waiting for Ritwik. I was reluctant to call him thinking he would be in a meeting. I waited for some more time but there was no response from Ritwik. I started feeling anxious now. I decided to call him but no response.

It was 7 PM and now I was furious at Ritwik for being so irresponsible. I couldn’t stop thinking “ He could have at least informed me.” The show was about to start in 15 mins and the place was a 25 min drive from our place. I sat down in the corner sobbing and feeling neglected and ignored. I felt so lonely at the moment. I cried my eyes out and felt like running away from this life.

8 PM, I changed into my pajamas and ordered something online for both of us. I tried calling him, again and again, but there wasn’t any response. After 15 mins, my phone buzzed. It was an unknown number. I picked up the call and it was Ritwik’s colleague.

He asked me to reach immediately to Lifecare Hospital. I asked him what happened and to my horror, he said that Ritwik had a heart attack and is in the ICU. I rushed to the Hospital and found him fighting for his life. That was the day I realized, how Ritwik had been a slave to work anxiety and how the monster was eating him up. I surrendered completely to the higher power that day. All I wanted was to get my husband back. It took a tragic event to make me realize the value of loved ones.

7 years later today, we celebrated Ritwik’s retirement. No, he isn’t 60 yet. He turned 41 this year but took a voluntary retirement from the corporate. He penned down a book last year which became one of the greatest business reads. Ritwik decided to take his career as an author forward and retire from the chaos that led him to the deathbed. We also became long-distance runners and completed our 10th half marathon this year.

That day, Ritwik was in a hurry to reach home on time and the meeting wasn’t getting over soon. He rushed out of the office at 7 pm.  10 mins later, his colleague found him lying flat on his stomach unconscious in the parking lot and ushered for help. He had a heart attack.

He woke up after 3 days in the hospital. He was very weak and couldn’t even sit properly. I saw a faint smile on his face when he saw me. He uttered some gibberish and gave me a smile again. 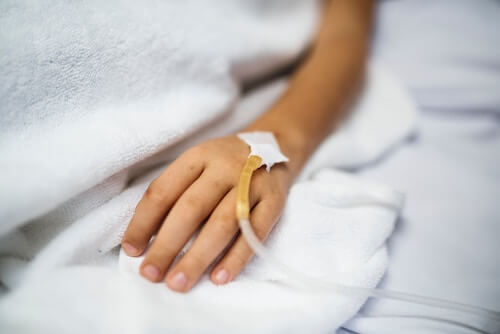 Never ever had I appreciated my life the way I did that day. It was a new life for both of us, it was a rebirth. I found a new found appreciation for life. This time I decided to make it as beautiful and peaceful as possible. He decided to stay away from the work anxiety monster and decided to live fully each day.

When Ritwik was discharged from the Hospital, he said he wanted to be a stronger and a better person and that he enjoyed the silence when he was in Hospital. The silence enabled him to contemplate his life better and thought how better it would have been if he adopted the practice earlier. He could have saved himself from 10  miserable years.

He asked me to enroll us in a meditation retreat to enjoy the peace and calmness. Since then, we both have been doing meditation every day and have been attending silent meditation(vipassana) retreats since last 7 years. We also included running in our fitness regime.

We went back to our respective jobs. Ritwik had transformed completely. Work anxiety was a thing of past. He became more disciplined and started looking at things from a different perspective. He solved the problems better and came home on time every day. 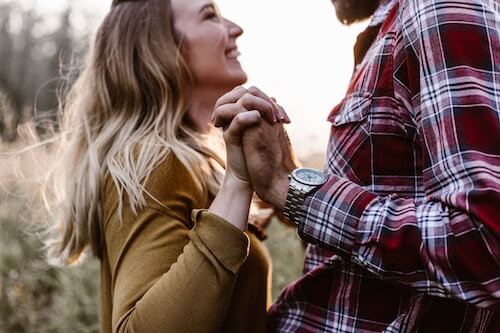 Since he had a lot of mind space, he was even able to write a world class management book. He also started being an active member of the RWA and worked to promote the green coverage in our area.  7 years after that horrific incident, he retired today. He is a full-time author and a husband now while I am still working as a bank manager.

Based on real-life events, this story is about all of us. You will find a lot of such people around you, who made a choice to spend their lives in peace and contentment.

Chakshu is a US alliance certified yoga teacher, a biotechnologist and an Ayurveda evangelist. Her passion is to help people live a toxic-free life, emotionally and chemically. She loves reading self-help books. When she is not writing, she is busy thinking about life.